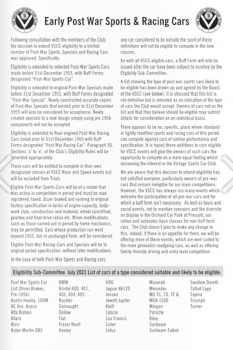 See this Dellow start up from cold : https://youtu.be/JyoC8ID--B0

See this Dellow going down hill – no smoke on the over-run : https://youtu.be/YojadMrBNqw

This Dellow was made specifically for him (purportedly a Lightweight model) as he was friendly with Ron Lowe of the Dellow Company. Among many successes it climbed Prescott in 52. 41secs in 1954 and won the Committee cup in the Gloucester trial in December 1953. The running gear was all Ford E93A originally, the only departure from that was the installation of a Ford 100E engine by Tony as part of his restoration.

Tony Marsh re-purchased this car in the 1980s and affectionately restored it. It has always been supercharged.

My client bought it from his family in 2010 after Tony Marsh's death and ran it on the road including trips to France. It has a wonderful patina now and has proved reliable. The back axle was rebuilt with a longer ratio (4. 4 from memory) that gives relaxed cruising at 55-60mph. The gearbox is new old stock and the engine and supercharger have both recently been overhauled and the engine fitted with a competition clutch. The genuine Dellow rev-counter and speedometer have both been overhauled and all works as it should. There is a new dynamo. All lamps have been converted to LED which give amazing light. The wind deflectors are genuine Dellow components, and an exceedingly rare accessory

There is a hood, side screens and two tonneau covers, one made recently with accommodation for luggage as shown.

The upholstery is comfortable and nicely patinated

Reluctant sale due to a new project.

The provenance of LWP 757 is impeccable

The last photo shows that the car fits those approximately 5'8" or less. (I am 6' 1" and can only select 1st and reverse)

Tony was also partly responsible for the discovery of Gurston Down Hill...

The meet gave spectators and long standing fans of the 'King of the Hills' the opportunity to see four of his prized cars in action on the Hillclimb, which Tony himself had co-designed in 1967.

The cavalcade was headed up with Tony's first competition car, LWP 757, a Mk2 Dellow fitted with the Ford 100E side valve engine with Marshall J75 supercharger, which was built as a special lightweight version of the standard design for 1953. The car was delivered originally to Tony Marsh on 28th July 1953 and became his trials car for a number of years before he disposed of it. Tony was re-united with this car in the 1980s and carried out a painstaking restoration bringing it back to its original specification in which it remains to this day. The car was driven at the memorial event by his nephew, Richard Hollingworth, both up and down the hill to applauds from the marshals lined at the edge of the track.

Ken Delingpole and Ron Lowe combined more than just their surnames when they set up a tuning company as an offshoot of Ken’s business: Delson & Co., manufacturers of bolts, screws and fastenings, at Alvechurch near Birmingham in 1946. In addition to tuning and sports car preparation, Dellow Motors were agents for Wade-Ventor superchargers and Midlands Agent for the H.R.G. sports car, which was Ken’s choice when he went trialling. However Ron’s car was rather different. It was based on a written-off (wrecked) Austin 7. During the 1947 trials season he modified it to take the Ford 1172cc side valve (E93A) engine and gearbox. Later he added Ford rear and front axles for strength, stability and better braking. This car known affectionately as “The Flipper”, gave Ron many trials successes whilst it also doubled as his everyday transport.

Ken Delingpole and Ron Lowe combined more than just their surnames when they set up a tuning company as an offshoot of Ken’s business: Delson & Co., manufacturers of bolts, screws and fastenings, at Alvechurch near Birmingham in 1946.

In addition to tuning and sports car preparation, Dellow Motors were agents for Wade-Ventor superchargers and Midlands Agent for the H.R.G. sports car, which was Ken’s choice when he went trialling. However Ron’s car was rather different. It was based on a written-off (wrecked) Austin 7. During the 1947 trials season he modified it to take the Ford 1172cc side valve (E93A) engine and gearbox. Later he added Ford rear and front axles for strength, stability and better braking. This car known affectionately as “The Flipper”, gave Ron many trials successes whilst it also doubled as his everyday transport.

In 1947 Dellow Motors started to produce replicas of Ron’s trials car. These original Dellows were mainly rebuilds, using old Austin 7 chassis with scrap Ford vans providing the running gear. A tubular steel frame was welded directly to the chassis and was clad with a neat aluminium body, designed by Lionel Evans at Radpanels of Kidderminster. With over 400 awards behind them they started to produce cars in 1950 using all new parts direct from Fords, though now with their own chassis built up from reclaimed ex-WD UP3 rocket casings. These casings provided the 3.25 inch diameter high strength Chromium Molybdenum tubing that was assembled as an ‘A’ frame, in a similar layout to the old Austin 7 chassis. With continuous parts supply firmly established ‘new’ car production progressed and in their first year they made sixty cars. During the following year an improved model was introduced, the Mkll. This had a redesigned chassis at the rear which had been extended to facilitate the fitting of coil springs. The bodywork had also been changed with a lower bonnet line and provision for doors, which were fitted to most MkIIs.

1951 had been a good year with production reaching its zenith at 72 cars. The MKlll, introduced in 1952, was a four seater model which used a lengthened version of the Mkll chassis. The wheelbase was extended by one foot, which adversely effected the manoeuverability. It had also gained an extra 64lbs, which also helped to reduce its sporting abilities. With a price tag of £841 10s 0d including Purchase Tax, it was not cheap. Despite this higher cost, ten of the twenty four cars sold that year were Mklll four seaters.

Very difficult trading conditions were affecting all the minor car producers in England at this time. Sales fell again in 1953 despite more successes in other sporting events, for Dellow had won the Daily Express Rally outright in 1952 and twice won the Circuit of Ireland Trial.

In 1954 Dellow started to use the new Ford 100E engine in both the Mkll and its new MkV. The latter was a production version of a special light weight hill climb car, built for the unofficial works driver Tony Marsh. It featured a redesigned chassis now with coil springs all round and a lower, streamlined body. It had been planned to make this model using the 1508cc version of the Ford consul o.h.v. engine, but poor availability and high costs prevailed. This engine was fitted to a revised four seater, the MklV, yet it did not progress beyond the prototype stage.

Demand was stimulated in the USA following good publicity by its importers. Despite this only fifteen cars were sold in 1955. Early in 1956 the whole project was sold off to another trials enthusiast, Neville Nightingale. He formed a new company, Dellow Engineering Limited, in workshops at Oldbury, north of Birmingham.

The difficulty in producing the cars at an economic price soon became apparent. The Mkll was still offered, but Neville started work on two new models.

The first was a new ‘out and out’ trials car which, after successfully testing the prototype, was deemed too specialised to put into full scale production.

The second was a new sports car designated the MkVl. Its ladder chassis was newly designed and it utilised the mechanical components from the then current Ford 100E. This car was clad with an all enveloping alloy body built by Suttons – ‘Oldbury Wing and Panel Company’. However, it did not appeal to the traditional Dellow customer, neither did it provide the answer for Dellow Engineering.

Although the models continued to be offered until 1959 most of the company’s business was based on its general motor trade activities whilst providing specialist services and spares for Dellow owners until about 1960. The total production from both companies did not exceed 300 cars.

With acknowledgement to the Dellow Register who provide an excellent support to Dellow owners. See https://www.dellowregister.co.uk/the-dellow-company

Although we attempt to ensure accuracy of any statement or detail, the customer must make his or her own judgement in purchasing this car. The purchaser of the above car understands that he or she is purchasing a historic motor car with components that are up to 69 years old and sold as a collector item. There is no warranty given or implied due to the age of the car. 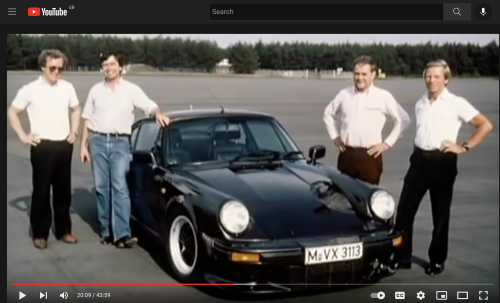 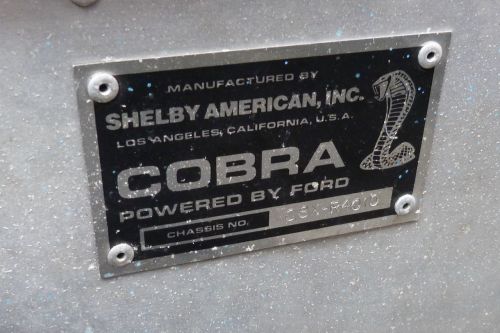