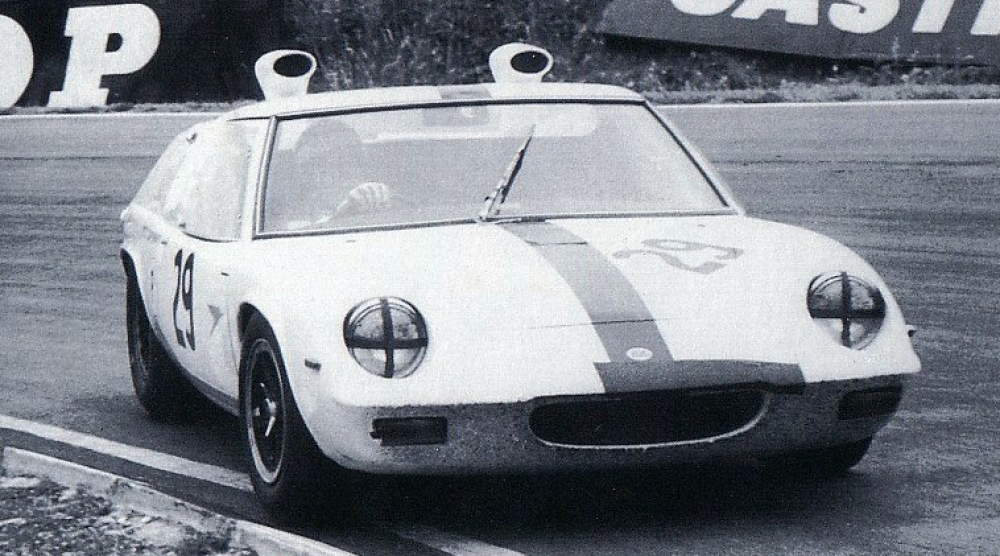 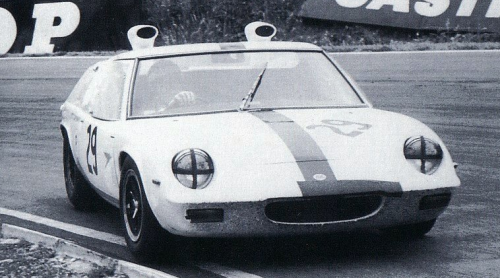 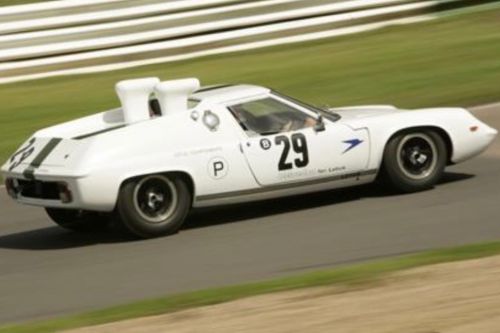 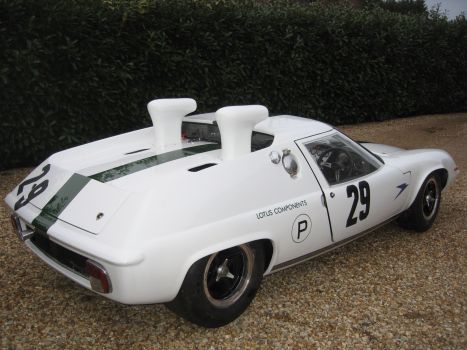 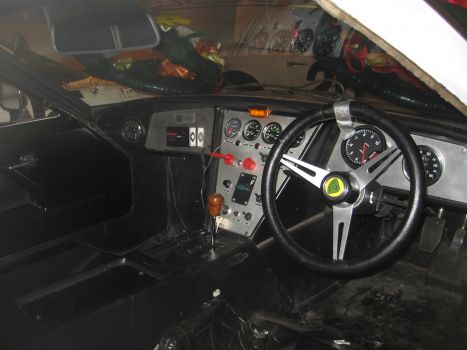 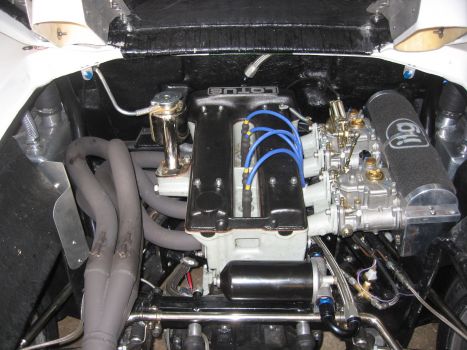 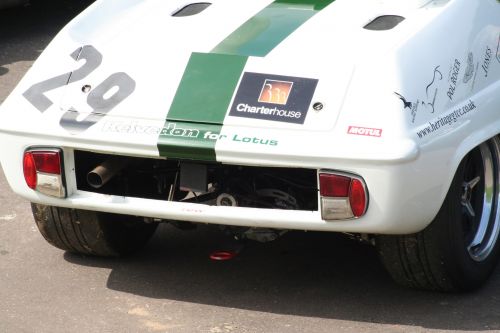 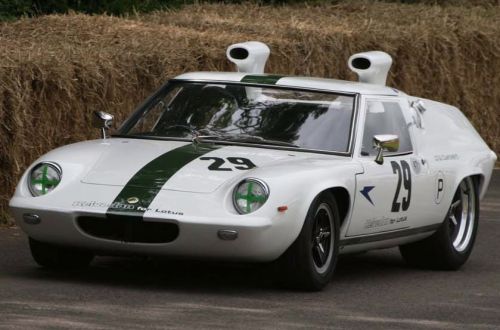 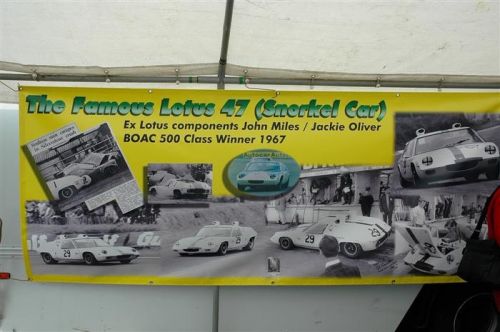 Signed on the roof by Jackie Oliver

Signed on the roof by Jackie Oliver...

The Europa was originally intended to replace the Lotus 7 as a clubmans sports racer. It soon emerged that a specialist race car based on the Europa was required and these were subsequently built by Lotus Components rather than the factory production cars. The body was thinner and had larger wheel arches, with engine side vents to ventilate the engine bay. The Lotus 23 and Formula Junior Lotus 22 engine, gearbox and rear suspension were used. Originally, a 165bhp Lotus Twin-Cam 1594cc dry sump Cosworth MkVIII was mated to a 5-speed Hewland FT 200 transaxle gearbox, bolted solidly to the car’s revised rear chassis layout for added stiffness. Disc brakes replaced the standard rear drums.

John Miles perfected the 47 and in 1967 he raced the new Lotus for a full season, sharing drives in the longer races with Jackie Oliver, both drivers eventually to go on to Formula 1

In their 2014 article - Classic and Sportscar say :

For 1967, Miles was given the new Lotus 47 to drive, sharing it in longer races with another future F1 driver, Jackie Oliver. Though obviously based on the Renault-engined Europa, the 47 had the 1600cc Lotus twin-cam almost five years before the road car and on Weber carbs could hit 175bhp. Mid-mounted, the engine was attached to a Hewland five-speed transaxle and bolted solidly to the car’s revised rear chassis layout for added stiffness. Its front suspension was similar to the Europa’s, but the rear end was borrowed from the Lotus 69 Formula 2 car. Disc brakes replaced the standard rear drums.

In the white and green livery of Lotus Components, Miles and Oliver drove this car, chassis No 4, to 17 wins, including the prestigious BOAC International 500 six-hour race at Silverstone. No 4 was quickly dubbed the ‘Snorkel Car’ thanks to the pair of extra air scoops peering over the roof that were not seen on other 47s.

With 17 wins that season, the white and green Lotus Components chassis 47GT – 04 with unique air-feed snorkels won the 6-hour BOAC International 500 at Silverstone with Miles and Oliver.

As stated above, at the end of the season the car was sold to John Calvert who had been successfully racing his Elan. On Boxing Day 1967 he took 47GT - 04 to the Sports Car Meeting at Croft and won first time out. After a number 1st, 2nd and 3rd places, by the end of April 1968 he was involved in a big accident having been pushed into the barrier on the first corner of Silverstone at Copse in the International Trophy. The car had to be extensively rebuilt in time for Oulton Park 5 weeks later, which included a new chassis 47 GT-78, on the car for some 48 years now - with the repaired original bodywork

John Calvert raced the car for another 18 months but was thwarted by the new Chevron B8 in 1968. By October 1969 he had registered the car for road use, and part-exchanged it with Joe Lanny. He lost interest in the car which was unearthed in 1974 by John Neal in a scrap yard. Pat Thomas eventually managed to purchase 47GT – 04 in 1981. By 2005 Pat, helped by Tony Hills, had finished the car as you see it today, back in 1967 specification. At the time John Calvert still had records of the car’s extensive race history which now accompany the car.

In recent years the Lotus 47 Snorkel car has been raced in the Heritage Grand Touring Car Challenge  Series and selected historic races and also been to Goodwood for the 2012 Lotus celebration at the Festival of Speed in June. Amongst numerous other events, this car is also eligible for the Historic Sports Car Club GT & SR Championship for the Guards Trophy.

This important historic Group 4 GT is totally restored, equipped with with racing seats and roll cage, and comes in race tune running on Weber DCOE 45s. Preparation  would require adherence to any series rules as well as well as running through normal servicing and routine spanner checks. At present running on standard front wheels, with standard Armstrong dampers, there is a brand new pair of standard magnesium rear wheels with the car to replace the wider split rim semi slicks fitted at present.

The Historic Lotus Register by John Bolding lists the histories of the Type 46 Europa road car and the Lotus 47 race car as follows:-

The new Type 46 Europa was very low, in fact as low as a Ford G.T.40, and the sleek slippery shape produced an excellent drag coefficient. The design by John Frayling incorporated a high cut–off back end, loosely reminiscent of the famed Ferrari 250 G.T. “Breadvan”.  The car was formally announced to the Press on December 20th 1966

A week later, on Boxing Day 1966 two new Lotus 47 racing versions of the Type 46 Europa lined up side by side for the first time on the grid at the damp and murky Brands Hatch meeting.  The two new white 47s finished first and second on the road in their debut race, with John Miles on his first works drive winning and Jackie Oliver finishing second, although demoted in the results due to a push start after stalling on the line.The 47 was a very different animal to the road-going Type 46 and incorporated the brand new Hewland FT 200 (Formula Two-200 BHP) magnesium gearbox mated to the trusty Ford Cosworth twin-cam engine bored to 1590 c.c. for the up to 1600 class. The magnesium rear uprights and radius arms were based on current Lotus single seaters.  The cars ran throughout most of 1967 as group 6 cars until the required parts for 50 cars had been laid down to comply with F.I.A regulations for Group 4. They were also trimmed internally in accordance with F.I.A. requirements. The new Tecalemit-Jackson fuel injection system was installed as standard, but many private owners seemed to prefer the tried and tested 45 D.C.O.E. Webers. John Miles said in later years that he felt that the T.J. system had not given him any significant power advantage and could be troublesome when hot. (Keith Duckworth referred to the fuel injection system as Spit and Hope, such was the trouble it gave).   The single works car in 1967 was prepared by Lotus Components and ran in white with a single green stripe throughout the year. 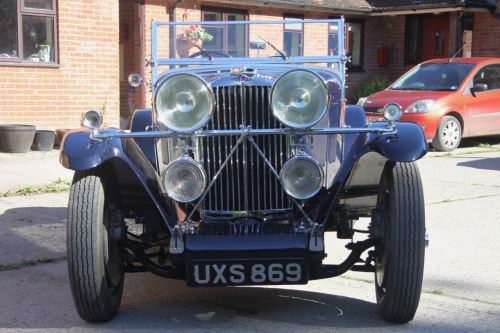 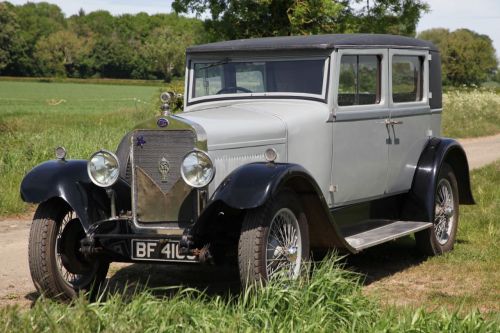