Leaving the EU - but what will it mean for the classic car market?

Let’s start by looking at  the various issues that leaving the EU may (or may not) present to the classic car hobby in the UK. Our focus is specifically on the UK market for cars over £25,000 up to £5 million – the kind of cars our customers own and purchase.   Key Issues

The only thing that everyone we have spoken to since Brexit agreed on is that nothing is certain. What do people do in uncertain times? Nothing – so economic uncertainty is by no means the perfect environment to stimulate sales of high value luxury items, but some investors will see classic cars as a hedge against economic uncertainty.

“We are in uncharted territory and the future is difficult to predict but just as we saw in 2008, collectors and investors may see classic cars as a currency-independent safe haven for their money in these times of uncertainty” – Dietrich Hatlapa of Historic Automobile Group International (HAGI).

In recent days sales have remained steady – it has been business as usual for our dealer partners with deals continuing to land on our desks over the weekend and Bonhams’ Festival of Speed sale on Friday performing in line with recent auctions while Jamie Knight reminded his EU bidders that the Euro was strong. Confidence remains strong amongst our dealer partners in general although there have undoubtedly been a few jitters.   With property down overnight and gambling on the stock market likely to be less appealing to many, tangible assets such as classic cars may well experience a fresh appeal, particularly if the economy falters.

Free Trade & the movement of cars

It will be a while before free trade is restricted if indeed it is at all but let’s assume it will be. How will that affect the classic car market? It’s fairly simple – buying or selling in EU countries will become more expensive due to additional tax and duties. Around 10-20% of UK dealer and auction house sales are made to buyers outside the UK – so in the medium term that could affect that trade. In the short term however, exchange rates could actually stimulate sales into Europe.

While the pound remains weak against the Euro the UK could become a very attractive place for EU buyers to purchase cars – assuming owners wish to take their cars to market. However, the UK has been spending a lot of money on bringing cheaper european cars into the domestic market while less well-off Europeans have been unloading them, so it is unlikely the tide is suddenly going to start running the other way – particularly considering the margins some sellers have been levying….Looking beyond Europe imagine how attractive high value cars in the UK must look to American buyers right now.   Exchange rates are not a factor that we see affecting the UK domestic market to any great extent although we may see more cars leaving our shores. Those people who are planning to bring a car into the UK with the intention of flipping it in a matter of months may be concerned, but for most this will not be an issue.   Interestingly, HAGI will start to publish their indices in three currencies for the first time next month.

How will the Bank of England react to Brexit with respect to interest rates? No-one quite knows but many people believe they will go down. This could stimulate further investment in tangible assets. An increase is likely to be negligible, so in the short term we do not believe interest rates will have a marked impact on the classic car market or values although this could change in the medium to long term. Probably more important than rates is the availability of credit. Currently it is business as usual for our lenders but there is no doubt that the flow and cost of credit will determine whether the UK economy and the classic car market will – as one of our panel of lenders elegantly put it – “stutter, stumble or flourish”.

“As the dust settles we can see a positive picture emerging. Lenders have dismissed the fears that a 2008 style recession could hit us, due to the stronger position that the banks are now in with resilient balance sheets and liquidity levels that will weather any short term storms” – Paul Goodman, Chairman National Association Of Commercial Finance Brokers.

The classic car hobby is well represented in Westminster and many positive changes have been introduced without reference to legislation in the wider EU. Where historic vehicles have complex, recognised legal status in much of Europe with restrictions on use, Britain has welcomed the free movement of parts and vehicles without placing onerous limits on how we use our classic cars. Try asking a Parisian enthusiast how they feel about the ban on pre-’97 cars in their city…..

Take a look at the motor industry as a whole. Prior to Brexit the SMMT (Society Of Motor Manufacturers & Traders) reported in June that 77% of member companies favoured remaining in the EU however a prescient  AM Online poll in May found that 52% of respondents thought the UK should leave the EU. Staying in the EU might seem like a better bet for the industry in general – the mechanisms underpinning manufacturing and the new car market are not the subject of discussion here but suffice to say that the trade at large will be nervous of Brexit – principally because uncertainty may deter buyers from visiting showrooms.   Let’s focus on the 52% of voters who wanted to leave the EU though. In-so-far as this demographic relates to classic car buyers – who are typically in the 40+ age bracket – statistically they are more likely to have been Leave voters so the confidence and desire to purchase may see little change in this market.

Let’s get this straight – prices of many classic cars began to plateau over 12 months ago – so we suggest that you take any post-Brexit reports of falling prices with a pinch of salt. Friday’s Bonhams Festival Of Speed sale is a good example of this – the sale was going swimmingly until lot 246 when a run of around 14 cars failed to sell. This group of cars contained a number of “investor specials” that were always going to be touch-and-go and with dealers visibly holding back and the stars just weren’t aligned. That almost certainly won’t stop the media reporting that it was the falling star of the EU flag that was responsible.   The current situation: speculators have been less active in the market since the end of 2015, a glut of less-desirable and over-priced cars coming to sale and record numbers of cars going under the hammer have all taken their toll on the auction statistics that are the only thing journalists have to work with. In reality transactional prices have remained steady – as has the resolve of real classic car enthusiasts. Edward Bridger-Stille of auction house Historics was quietly confident when we spoke to him after a highly successful June sale – “The top tier of auction houses will continue to flourish. The attitude amongst business owners is still very positive.”   Over-priced cars will come under further pressure and we will be monitoring both dealer and auction prices carefully. Expect the best cars to continue to hold or even increase in value – can you think of a reason why a truly collectable car would be worth significantly less today than it was on the eve of the referendum?

An area of the market that has been expanding over the last 12 months has been equity release – the mechanism of releasing cash from a classic car. With low interest rates, high vehicle values and a considerable appetite from lenders we expect more classic car owners to release equity from their collections in the coming months.

Over the past few years more cars have found their way into the UK from foreign climes than vice versa. If this trend reverses, we may see values harden or increase as good cars begin to flow out of the country and the UK supply diminishes. Believe it or not this has already happened with the Lotus Elise & Exige which are very popular on the continent, even in RHD.

That old chestnut. While dealers and buyers have been focusing their attention on UK RHD cars over the last 12 months, owners of LHD cars may now feel they have access to a wider market as exchange rates play into the hands of LHD market buyers. Will the values of RHD cars be affected? Not unless UK enthusiasts suddenly develop a taste for driving on the wrong side of their cars.

It’s a buyers market at the moment and Brexit won’t have changed that. Will classic cars owners sell up and cash in en masse (CLEXIT)? No – but there will undoubtedly be some tempting opportunities out there for buyers with their finger on the pulse.

“Markets go up, markets go down – we don’t yet know where they will find their level.” Mervyn King

If you believe that the classic car market is closely connected with financial markets and that city money underpins classic car values (it doesn’t) then you may not agree but the classic car hobby in the UK as always has a very solid foundation that is more than capable of weathering a storm – if indeed there actually is one. As a commodity classic cars offer unrivalled flexibility compared to other investments such as property, not to mention great performance in more than one sense. Yes, the dynamics of the market are arguably too complex to make any predictions but are there really any overwhelming reasons for an upset?   And the pattern we talked about earlier? Classic car people are positive despite the way things are playing out in the media and the general consensus seems to be that if you own classic cars because you love them then you have little to fear. This isn’t 2008 – so keep calm and carry on.

FOR MORE INFORMATION ON FINANCING YOUR NEXT CLASSIC CAR go to https://www.classicandsportsfinance.com/classic-car-finance/ 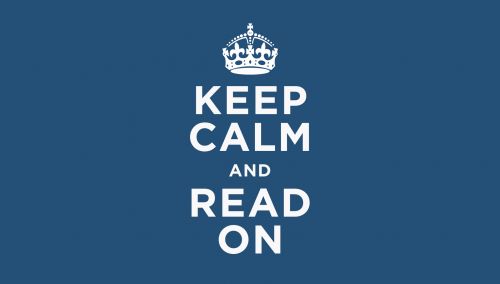