Proposal to charge older cars an extra £10 to enter London

Reported today - 19/7/16 - by Classic & Sportscar - A new proposal from London Mayor Sadiq Khan could see classic owners charged £10 for entering the centre of the capital from 2017.

The T-charge – or toxicity charge – will cost owners of pre-Euro 4-standard petrol and diesel vehicles – broadly those built before 2005 – £10 each time they travel within London’s Congestion Charge Zone, despite historic vehicles being granted exemption from the forthcoming Ultra Low Emissions Zone.

In addition to the T-charge, the new mayor has proposed introducing the Ultra Low Emissions Zone a year earlier than planned in 2019, and extending its borders to the North and South Circulars from 2020.

“Tough challenges call for tough measures,” said Kahn, “so I’m proposing a new £10 charge for the most polluting vehicles in central London from 2017, followed by an even stronger crackdown on vehicles pumping out hazardous pollutants.”

The new T-charge will be added to the existing £11.50 Congestion Charge, leading to affected owners being billed £21.50 to drive through the capital between the hours of 7am and 6pm Monday to Friday. 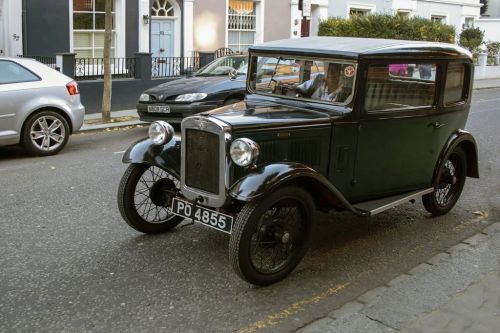