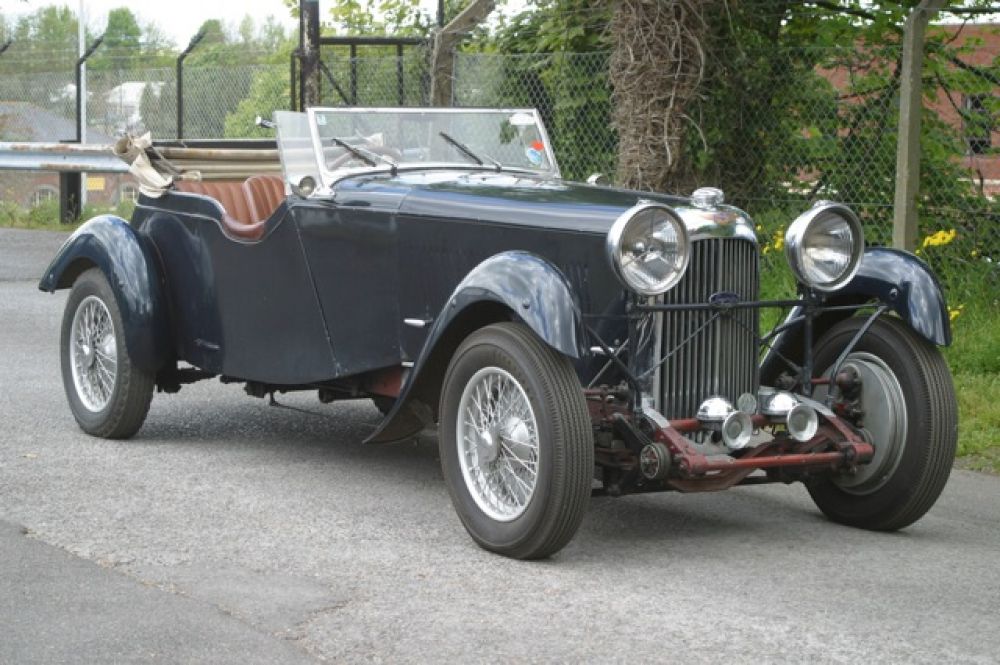 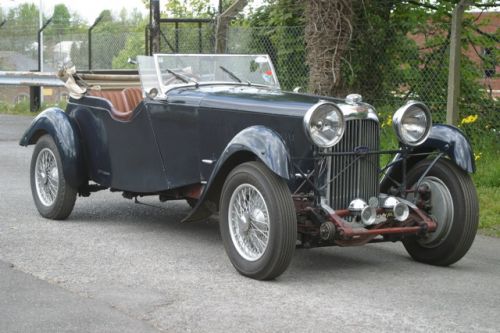 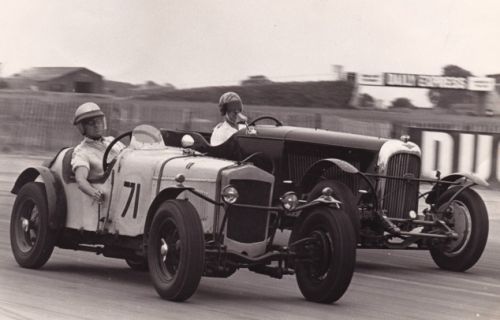 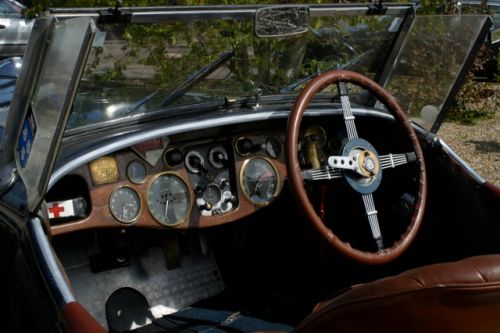 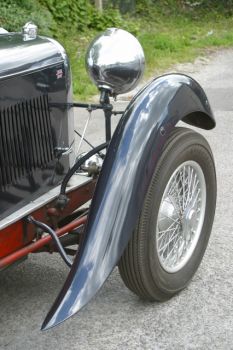 Exclusive, just 410 M45s were completed in the 1933-35 period, most of them carrying Lagonda’s own coachwork. The M45 was regarded very much within its period as a fast and rugged gentleman’s sporting car, quickly finding favour amongst the wealthy sporting fraternity.

Continuing the marque’s association with Hawker’s test pilot, John Hindmarsh, this much enjoyed Lagonda M45 Tourer has been in one ownership since the 1960s, owned by a decorated war-time Spitfire pilot who subsequently went on to pilot and also test-pilot some 120 different types of aircraft into the mid 1970s, including the Canberra, Hawker Hunter, Gnat prototype and Valiant V-bomber to name but four. He campaigned his faithful M45 all over the world, taking this car on three Mille Miglia retrospectives, four 2000km Durch Deutschland, two Le Mans retros, and two Pan Pacific Rallies in New Zealand and Australia, the Circuito del Garda in 1979, a FIVA World Rally in 1986, and shown here in July 1969 at VSCC Silverstone. Used as his everyday transport until quite recently, it was until this point his proud boast that the car never went to a garage - as he serviced it himself.

The engine’s valves, guides and cylinder head have been professionally overhauled by Jim Avery, well-known vintage car engineer, together, we understand, with any necessary routine work carried out. We have test driven this car at 70mph and can report that it goes very well indeed! Originally a saloon, this car was found on an airfield and rebuilt just after the war by a BEA pilot, this car now clocking up nearly 60 years of maintenance by aeronautically-qualified owners. With lightweight M45  Rapide-style wings, this car is preferred to the owner's two Speed 6 Bentleys, Vauxhall 30-98 and Speed 25 Alvis.