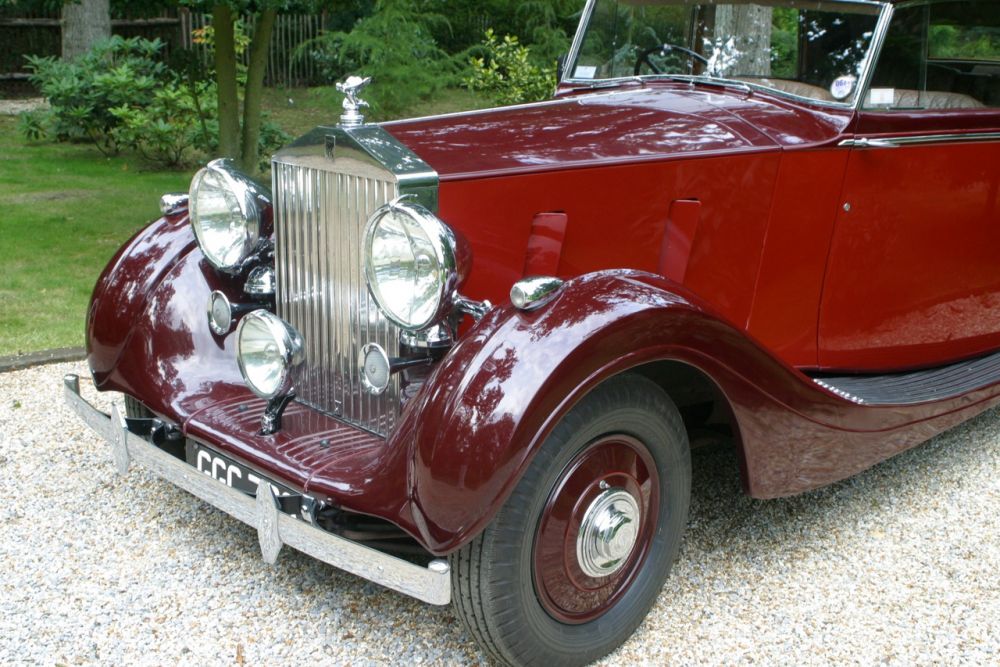 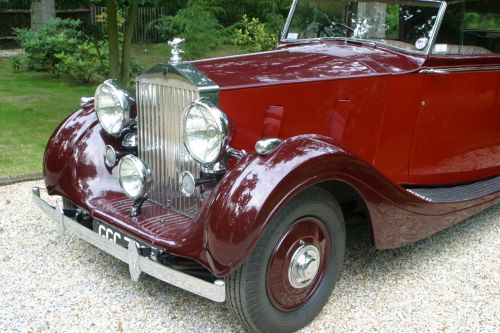 The 25/30hp model, the new small Rolls-Royce, was first exhibited at Olympia in October 1936, and although borrowing many of its design features and retaining the finest qualities of the exceptionally successful 20/25hp model, it now featured a significantly enlarged engine displacing 4,257cc. Following this model, the Wraith had a production run from 1938-39, just over a year, manufacturing interrupted by the outbreak of hostilities. A lineal descendant of the 3.1-litre 20hp small Rolls-Royce, the Wraith was produced alongside the V12 7.3-litre Phantom III, with just 492 Wraiths produced. Introduced to this model is the use of independent front suspension, a scaled down version of that fitted to the Phantom III. De-luxe models had a dropping division and heater, while all came with built-in hydraulic jacks actuated by a hand pump under the front passenger seat.

The rarest of all Rolls-Royces and mentioned in Tom C Clarke’s book ‘The Rolls-Royce Wraith’, ‘The Rolls-Royce 25/30 & Wraith’ by Bernard L King, the 25/30 Wraith Register, and known to the RREC too, this is indeed a very special Rolls-Royce 25/30hp Wraith from long private ownership in the hands of a fastidious owner, who has throughout his ownership continually strived to keep this car in the condition in which it was in when first registered in April 1940 to Jack Barclay. Delivered to a lady, Jesse Albrecht, in Somerset, the car was later sold in 1948 back to Jack Barclay. By 1951 Norman Bennett had acquired the car after correspondence from Jack Barclay assured him of the cars’ history to date and asking him for his business in the future! Between Mr Bennett and the vendor, known to him via his father, they have owned this very fine Rolls-Royce for over 50 years, the car taken off the road in 1967 due to Mr Bennett’s advancing years. Purchased in 1982 at 118,972 miles, the coachwork was totally restored by Wilkinsons of Derby in 1984, with further mechanical work carried out in 1998 at Coldwell Engineering. With the total mileage believed correct at 120,024 miles, just over 1000 miles covered in 20 years, this car is superbly presented in Burgundy over Maroon, and features original leather upholstery, large sunroof, new carpets and headlining. Known to be whisper quiet, Eric Barrass remarked in his book ‘A source book of Rolls-Royce’ that ‘certainly it was the most silent Rolls-Royce of them all’ engine noise on our inspection being imperceptible from ten paces. Even the car’s original handbook, detailing early service history written in the front, is with this car today, together with the cars’ complete tool set to front and rear