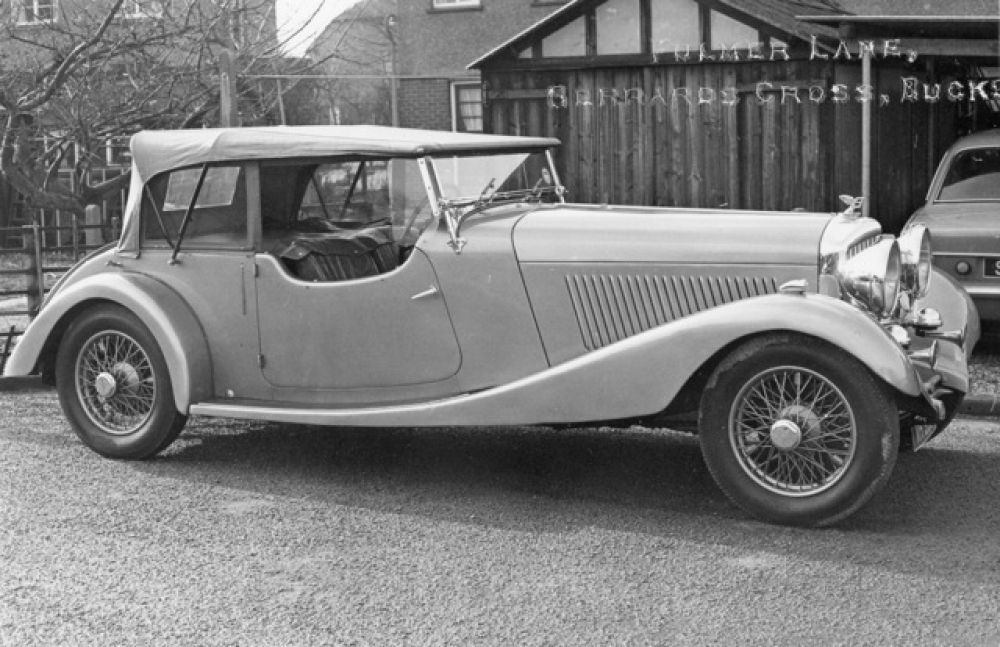 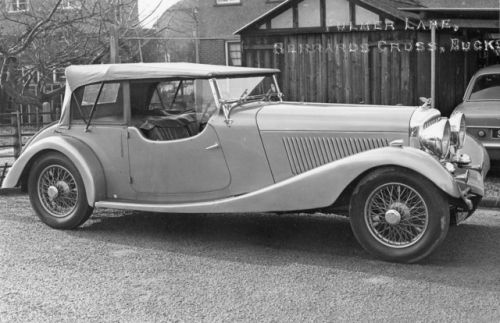 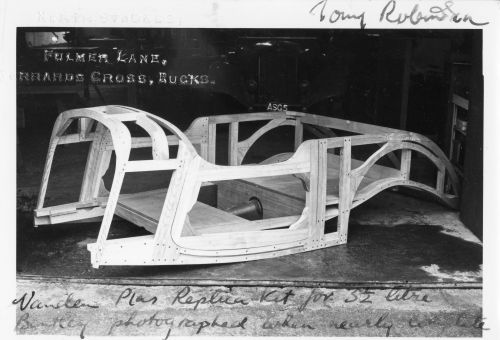 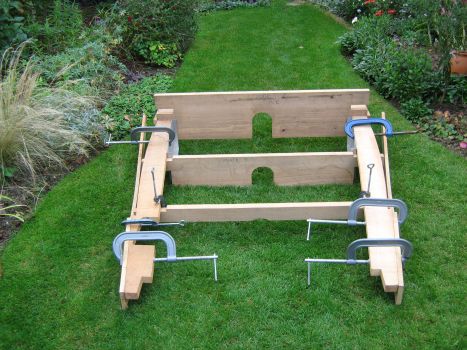 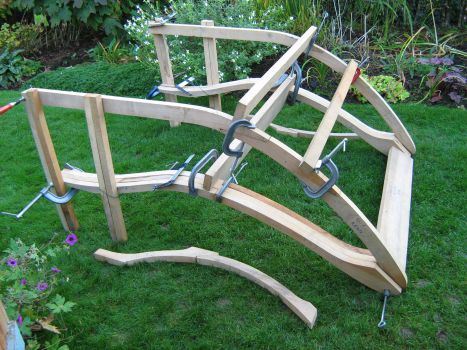 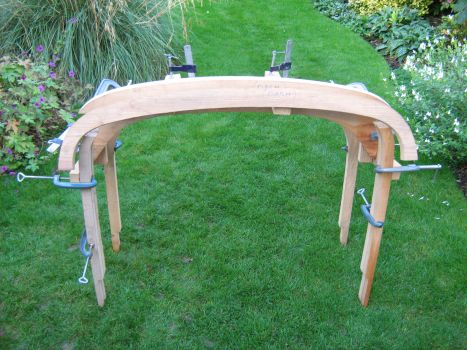 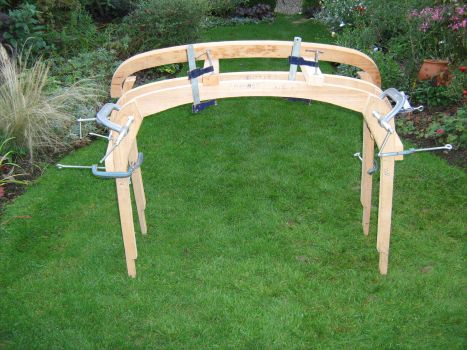 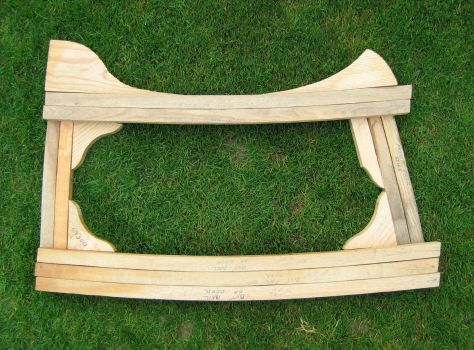 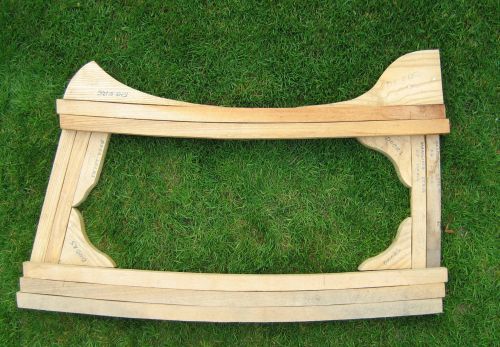 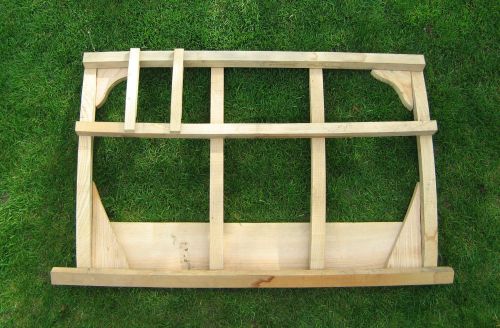 This ash frame has been dry stored for many years and was only recently unpacked and loosely assembled with g-clamps as you see here.

The owner had been planning to re-body his 1934  3 1/2 litre Derby Bentley Sports Saloon which he had been using up until the 1970s, but work as a university professor occupied his time rather more than his Bentley project, and indeed he has only recently sold his Bentley.

Instructions and all parts marked for assembly

Here are 8 photos of the components which make up the assembled period photo example :

The dash to engine bulkhead section

The other side - engine bulkhead to dash section