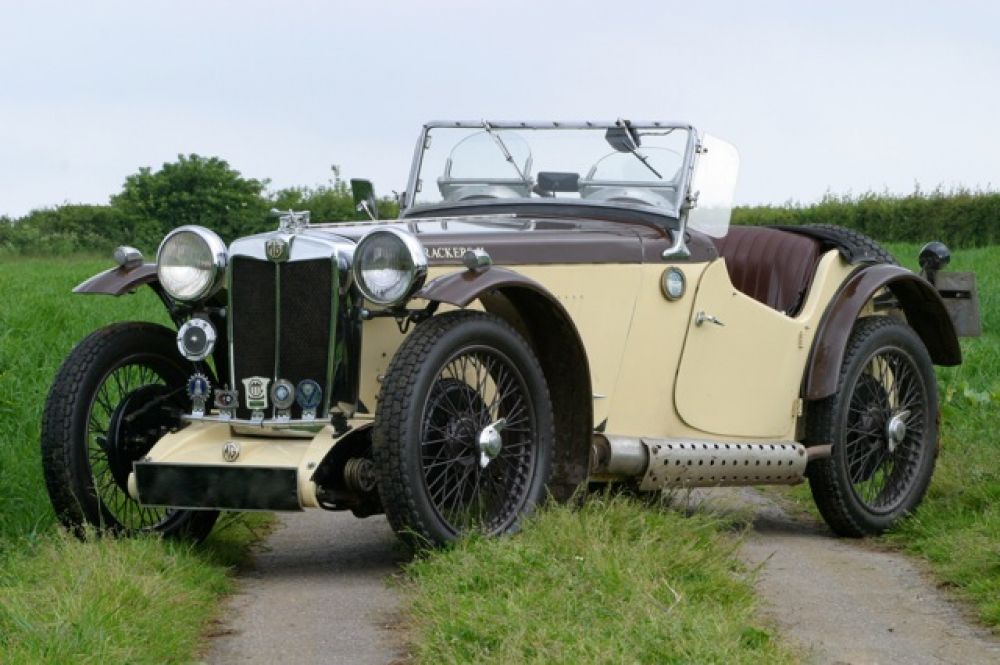 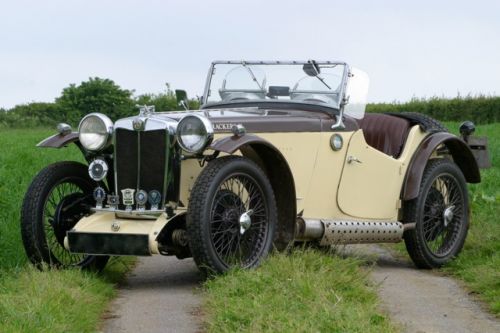 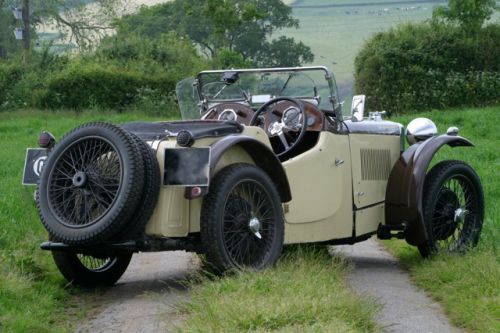 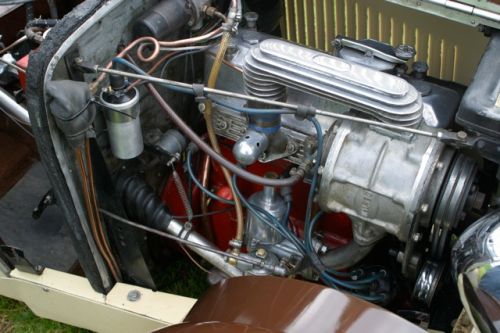 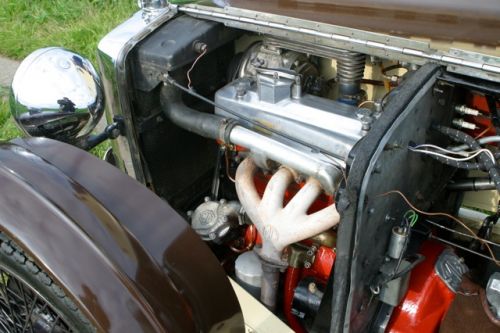 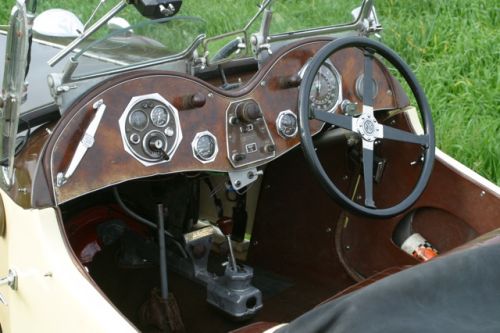 JB 3854 was commissioned by the Works on the 15th May 1934. Drawing on existing contacts, this Midget was driven from the outset by Birmingham man J. A. Bastock, later to own this car, as a replacement for his J2. Jack Bastock had initially teamed up in his J2 with Maurice Toulmin and R. A. McDermid, already in their PAs as the M.G.C.C. “A” team, Bastock shortly to be allocated JB 3854, in swept wing unblown form.

An early success was a 2nd Class on the MCC’s Sporting Trial on 13th October 1934. A week later the car was a member of the winning team on the North West London Club’s Inter Team Trial. Despite such successes Bastock, along with Toulmin and McDermid, complained that their P-types were too heavy and could possibly perform better. In preparation for the Exeter Trial on December 29th 1934, the Works had all three ‘A’ team cars lined up in the workshops for lighter K3 cycle-type aluminium wings and a bonnet to replace the standard ones, lightening the seats with air bags rather than the standard sprung variety, fitting the smaller and lighter 8” brakes from the J-types, removing the windscreen, hood and sidescreen curtains, adding a new induction manifold, lowering the compression ratio to 7.5:1, fitting a special clutch, retaining the J-type gearbox and existing axle ratio, but fitting a solid differential. Indeed major work, which paid off, for Bastock earned a Gold award on the 1934 Exeter.

Various Works modifications were made, usually marked ‘no charge’ by John Thornley, the Works Manager, some charges being occasionally made to Bastock. It is not clear therefore exactly when Bastock became the owner of JB 3854, but the opinion is that he became the second owner by October 1935.

As the three cars were to run consecutively at the front of Class IV in the 1935 MCC Land’s End Trial, Bastock suggested that all three cars should be painted in uniform colours to attract the attention of the Press. Originally green with green leather, with the other two cars in blue, the MGCC colours of brown and cream were chosen, the factory duly preparing JB 3854, JB 3639 and TJ 5000 in mid April 1935 for the Lands End Trial at Easter. Each car had the same treatment, and once carried out, the Cream Cracker name was born, since it was suggested the colours used represented the same as Mr Huntley and Palmer’s best cheese biscuits…

There is much information to be found in the definitive MCC Trials book published in 1998, detailing Jack Bastock’s trials career, in which he competed every season prewar from 1931-1939. Period photos shown here illustrate the three cars in line on their way to a hill on the MCC’s Sporting Trial based around the Palace Hotel, Buxton, Derbyshire on October 13th 1934, just prior to their transformation into Cream Crackers, Bastock gaining a Silver award. The other illustration, clearly a summer picture, shows Bastock enjoying himself with his lady friend, most probably on the 1934 MCC Brighton Beer Trial on 17th June 1934, which started at Lopcombe Corner, Middle Wallop, Hampshire that year, finishing at Fingle Bridge, Bastock gaining a 1st Class award.

Also seen at Brooklands and Donington, even though new models were introduced, Bastock continued to trial JB 3854 up to 1939, when it was sold Gilbert Couzens. Run in the first trial after the war, a SUNBAC event on September 10th, 1945, he trialled this car into the 1950s when it disappeared. Founder member and first MMM chairman Stephen Dear tracked the car down in 1970 to Huddersfield, persuading the owner to sell it. Reunited with the correct registration number, Dear demonstrated just what a potent trials car a blown P type is. Sold in 1984, the current owner acquired this car in 1987, rebuilding the car to a very usable specification today, most importantly including new Bruce Bellamy all aluminium body and Gordon Allen crank and rods. In 2001 the Centric 160 supercharger was completely rebuilt, the last year the car was trialled, gaining a Silver on the MCC Exeter.

Together with copies of Works invoices and many historic photos of the car competing, this car has been re-sprayed, re-wired and has new tyres. A video shows the Cream Crackers on the 1935 Lands’s End Trial. Included is the original entry form, programme and results for this event